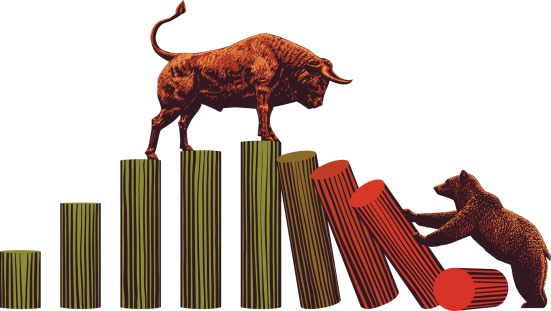 FED cut interest rate by quarter point but took away any hope for future cuts for this year but hinted for expanded balance sheet. On Monday Empire State manufacturing showed weakness. Store sales came in little lower than previous period. Manufacturing has recovered compared to prior period.

The S&P has reached overbought levels short-term and has been consolidating these levels since 9/12. The retest of the rally highs on 9/19 was accompanied by the % of NYSE stocks above their respective 10MDA falling from 88% to 55%, showing increasing selectivity and a narrowing advance near-term. Some short-term models are on the edge of sell signals on further downside follow-thru next week. The odds still favor the Aug lows holding on any setback unless internals get much more negative. The most likely scenario would be for a setback of much less substance than the August correction and then a resumption of the strong intermediate-term rally mode – but news events are still wreaking havoc with the market and pushing it up and down within the context of the intermediate-term advance.

Leaders are not acting well. Breakouts are not holding indicating demand is weak for now.

This market is still news driven and it has the potential to disappoint us. Trade lightly.

Jobless claims were unchanged. Retail sales were down but manufacturing recovered. FED cut interest rate by quarter point and hinted to increase size of the balance sheet soon. This may not be enough to weaken dollar against major trading partners. Leading indicator was lower. Philly Fed business outlook was lower.

Essent offers private mortgage insurance and reinsurance for mortgages in all 50 states.

Price consolidation of over eighteen months is complete and ready to head higher. This has potential for substantial price appreciation over coming months.