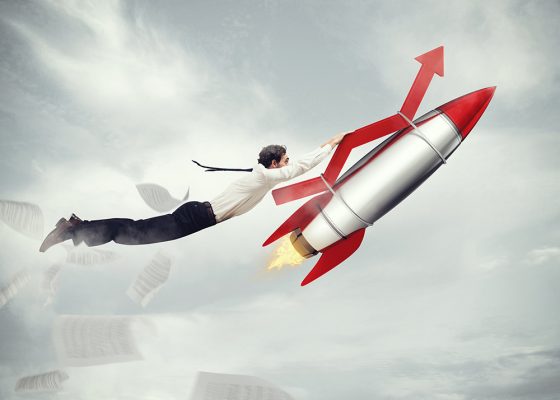 Markets have rallied on decent up-volume on Thursday’s session and have retested support levels on Monday. The S&P made new highs & NYSE has broken out of trading range for past eight months and testing the breakout levels as of Monday. The dollar fell pretty sharply, helping foreign markets to recover. These markets testing crucial resistance levels.

The good news is that Composite Supply Gauge made new lows as well. Major cyclical top since 1920 has come when this indicator has shown multi-month uptrends. The odds are high that bull market still has some time and room on upside on an intermediateterm basis. But leadership is lagging. Leadership is critical for most sustained rallies.

Let’s see if markets can move past the trade-war volatility of the last few months and start anticipating a better backdrop ahead.

US Tariffs: The U.S. slapped tariffs on $200 billion worth of Chinese goods on last Monday. Tariff rate is 10%. That’s on top of the 25% Trump tariffs on $50 billion in Chinese imports. China also reduced tariffs on their end. That muted negative stock market reaction last week. U.S. has an upper hand since China exports are 3.3 times larger than US exports to China. US plans to increase tariffs to 25% from January if trade talks get desired results. China is trying to offset some of these by devaluing Yuan. It has done so by 8% in recent weeks and may do by another 15% early next year. China have other tools to make life difficult for Trump. They own substantial US Treasuries. Liquidating them will put upward pressure on interest rates and hurting US economy. It’s important to watch negotiations going ahead. Result of these will directly impact markets globally.

Meanwhile, the U.S. and Canada ended the week with no apparent progress on tariffs. Lower-level officials have negotiated in recent days, Freeland told reporters Tuesday in Ottawa. She underscored Canada’s insistence that it won’t bow to all demands. Canadian officials are warning that they’re prepared to see the next deadline pass if they don’t get a Nafta deal that they can live with, according to two sources. The Canadians need effective dispute settlement provisions in anti-dumping cases, and certainty to avoid misuse of national security investigations, under which Trump has applied tariffs, one of the people said.

Sticking points in talks include dairy, where the U.S., facing a supply glut, is seeking a bigger cut of Canada’s protected market. In exchange, Canada is hoping to preserve some form of anti-dumping panels contained in Chapter 19 of the North American Free Trade Agreement, and an exemption for Canadian cultural industries.

Other American demands include longer intellectual property and pharmaceutical patent protection and a higher threshold for duty-free shipments across the U.S.-Canada border, none of which the Canadians have signaled are deal-breakers.

It’s unclear what will happen if it becomes impossible to publish text of a deal by Sept. 30. The countries could extend talks, but that means Mexico’s president-elect, Andres Manuel Lopez Obrador — who takes office Dec. 1 — will have to be the one to sign the new agreement.

Trump needs at least one win on trade pre-election to impact politically.

Economic Reports: First-time jobless claims rolled in at 201,000, which was 4% fewer than expected and the lowest level in almost 49 years.

The Philadelphia Federal Reserve’s business outlook came in at 22.9, above estimates for 19.6.

On Wednesday, New Home Sales & FOMC announcement. Federal Reserve is expected to increase interest rate & will offer clues on whether another hike is coming by year’s end.

Sector performance in Year to Date:

Some of them are EC, SIVB, RAVN, ADBE, HQY, NVDIA, VEEV, ALGN, VRTX

This emerging Oil sector stock has 26week consolidation in narrow range on price chart. It has broken out of this range last week making new high. Company is engaged in Oil & Gas exploration, production, refining and transportation based in Columbia.

Free Cash Flow per share has gone up from $0.88 to $2.19. This company has promise in coming months to expand PE with the backdrop of growing economy and oil supply issues around the world. Please, check out chart panels below from Vistalytics.com.

In summary, there is not much change from last time in sector leadership. Techs(software), Healthcare, small-cap growth, Defense, and Consumer Cyclicals appear to offer the best opportunities for new buying, although further downside below June-July lows would lead us to suggest further caution for now.

Markets are showing considerable resiliency in trade-war backdrop. Look to add more long stock exposure in newer upside leaders and look for other positions as good reward/risk opportunities open up ahead as we get new signals and when our shorter-term models align better with intermediate and longer-term uptrends ahead. Stay nimble and alert as opportunities could proliferate ahead!