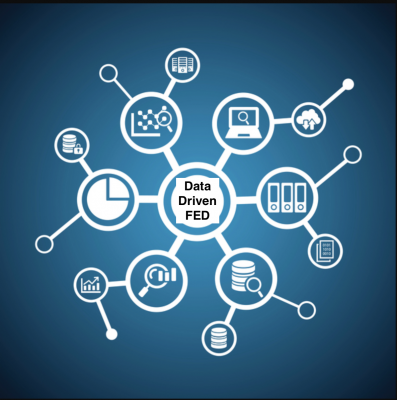 All three major indexes charged ahead to new highs. Mixed economic data putting a question mark as to ‘how many rate cuts are ahead?’ Earnings report season is in full swing this week with mixed results. Companies meeting expectations are being rewarded, others are being hammered down. GDP growth is slower than last year indicating Trump tax cut effect has worn out and trade tensions are affecting growth. FED meets Tuesday/Wednesday to decide interest rate cuts.

Leaders are acting well, and some leaders are making new highs and others are breaking out of new bases. Markets like to climb the wall of worries.

GDP expanded at 2.1% annualized rate topping forecast for 1.8% but slower than first quarter 3.1% advance. Consumer spending increased 4.3% and government spending climbed 5%. Nonresidential investment fell 0.6% and residential continued to decrease for past six periods. Trade is weighing on the expansion as exports dropped 5.2% while imports rose just 0.1%.

Retail sales rose year over year by 4.9% last month. Results point to healthy consumer spending by 4.3% against expectation of 3.9%.

FOMC meets this week and is expected to lower rates by quarter point.

The Trade Desk Inc. is engaged in providing a technology platform for ad buyers. It provides self service platform to manage advertising campaigns across various advertising formats.

TTD has been the leader in the industry. It has been leader also in current cycle with strong relative strength gaining over 170% within six months showing the highest Relative Strength. It is an ideal time to add/buy TTD as it tries to break out of shallow price consolidation of 13% over 5 weeks

Summary: Major indexes making new highs. Earnings season is in full swing. Look out for strong RS stocks and add early leaders or new ones that are emerging here.