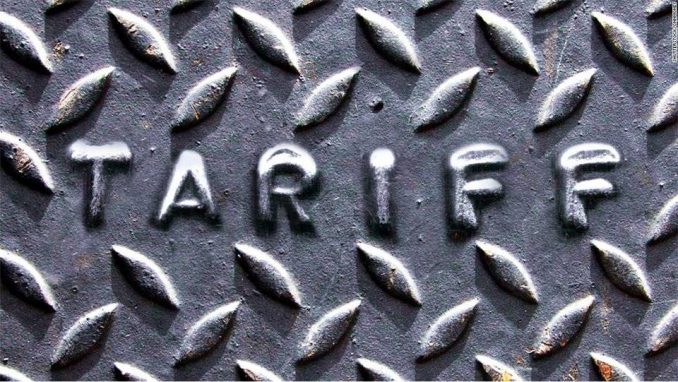 Complacency from President escalates to new level. He just opened third front by announcing Mexico Tariffs of 5% beginning June 5 and ready to expand to 25%, if Mexico do not help him with Immigration issues. This is after new NAFTA deal was agreed upon. This doesn’t bode well for markets. Markets do not like uncertainty, and they are losing confidence in Trump’s broad strategy on trade and where it goes from here. He also opened new front at home by declaring ‘not to work with Democrats’ until they stop ‘witch-hunt’. Markets interpret this as President is losing focus. Seems like markets want to give President ‘wakeup call’ on reality. Strong economy can easily roll into recession. The FED policymakers are in wait-and-see mode on whether the trade war will take a toll on the economy. FED is again being reactive.

Chinese economy and other global economies are showing signs of weakening. Copper is making lower lows while Gold is trying to break out from consolidation area.

Inverted yield curve is here since FED stance on no increase in interest rates in March. 10-year treasury yield now is 2.24% vs T-bills at 2.35%. Yield curve is not an accurate indicator for bear market timing and sometimes have given false signal.

Market correction deepens and have taken few support levels last week and may be near oversold. Next support level for SPX is 2725. We could see some change in direction short-term.

The market is in ‘Down Trend’. Protecting capital should be the goal in this “Trump” driven environment.

Let us watch for high RS stocks for now but hold on buying into new positions until signs of demand returning into market.

Summary:
Markets have broken important support levels and are in correction. Short-term bounce is likely with near oversold condition. Look out for strong RS stocks in this correction for future leadership to emerge.