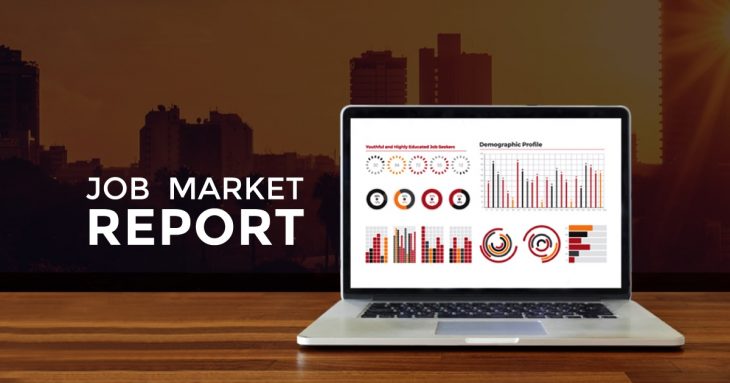 S&P is making new high but most of the other indices are facing resistance zone here. Friday’s Job report was solid indicating strength of U. S. economy. Question now is ‘Will the FED cut rates at the end of this month and how much by January 2020?’

VIX closed below 14.40 level indicating volatility is behind us. Markets remain news driven. Let us be vigilant.

Leaders are acting well, and internals are positive for bias towards further rally ahead once the resistance zone is conquered.

US Economy is solid. Economy added 224,000 jobs in June, a big upside surprise against expectations of 165,000 new jobs. This is solid but moderate slowdown from 223,000 average monthly gain in 2018. The solid data reduced chances for half-point fed rate cut at the end of July. Slowing wage growth and China trade war uncertainty still support the case for quarter point cut.

The unemployment rate ticked up to 3.7% but with increased participation rate, which is good news.

Average hourly wage growth slowed. The monthly gain of 0.2% came short of expectations of 0.3%. The trend is worrisome. For the first half of this year, wage growth saw deceleration to an annualized 2.7% rate vs. 3.3% in 2018.

EPAM Systems is a provider of outsourced IT and LIFECYCLE software development services.

EPAM has been early leader in current cycle with strong relative strength gaining over 80% within five months. It is an ideal time to buy EPAM as it forms a flat base of price consolidation of 9 weeks.

Resistance is being challenged here. All eyes are on FED this week with FED Chairman testify to House on Wednesday and to Senate on Thursday about the economy. Look out for strong RS stocks and add early leaders or new ones that are emerging here.