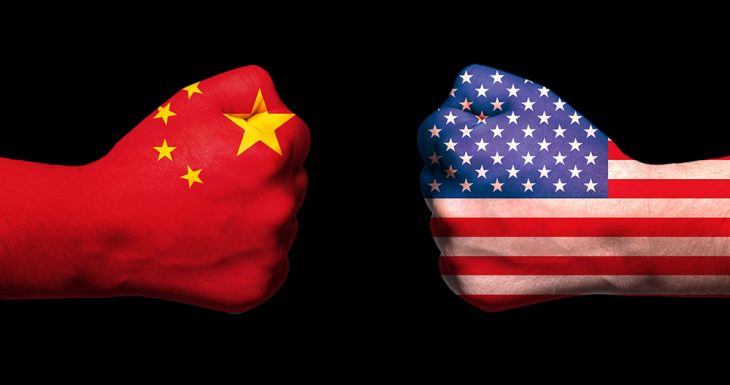 This week all of last week’s gains were wiped out. generated by Chinese Premier and President Trump on resolving Trade and Tariff issues were being questioned with Huawei’s CFO Meng Wanzhau’s arrest on violating US sanctions against Iran. On Tuesday, indexes reversed from resistance levels at 50DMA & 200DMA. Friday’s poor jobless report should help FED to hold on rate increase. Indexes are testing earlier lows near 7000 on NASDAQ & 2600 on S&P. Markets are oversold here and should hold these lows, but we could also get final shakeout. Volatility is above normal (range of 16 to 28 on $VIX) since October. It’s forming base and can be interpreted as deeper correction ahead. Volatility to come down below 16 before signs emerge of correction over.

US Tariffs: Huawei shows Donald Trump is winning China trade war. Besides the headline of court room drama of Huawei’s CFO in CANADA, pressure on Huawei has been building on recently. New Zealand & Australia has blocked Huawei’s, China’s national champion, participation in 5G networks. Japanese will ban purchases from Huawei & ZTE. European Union is raising alarm about Huawei security risks. UK based BT will bar Huawei from ‘core’ 5G networks and will remove from its ‘core’ 3G & 4G systems. China has kept moving forward with the commitment made between Trump and Xi on Saturday’s meeting in Argentina. Chinese minister of Commerce said Beijing will implement agreements on agriculture, energy and cars. Tariffs on auto may come down from 40% to 15%. Beijing has sent a signal that it won’t let pride come between China trade deal. It’s more likely that there will be China deal.

Chart 1. One Month performance of Sectors. Courtesy Vistalytics.COM
Chart 1 above shows that all sectors are down last month except Utilities while major indexes are testing lows here.

Watch List: Our strong RS/Growth screen narrowed lists of potential candidates to put on “Watch list” Some of them are AMED, BEAT, PRAH, VEEV

Volatile market environment needs to tip its hand one way or the other, if correction is over or extending into ‘Bear’ territory. Protect your capital for future opportunities. In Bear environment, no stocks are safe to own.